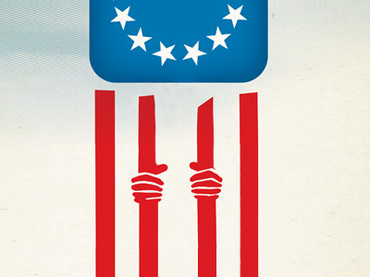 NOTE:  TO EDUCATE YOURSELF ON THIS TOPIC, YOU MUST READ THROUGH ALL THE MATERIAL IN THE ARTICLE ENTITLED “This is the REAL remedy; understand the PROBLEM so we can implement SOLUTIONS” dated 9/6/12

“There are a thousand hacking at the branches of evil to one who is striking at the root.” ~Henry David Thoreau

~Section 1 of the 14th Amendment (which was never properly ratified, Dyett v Truner) has EMPOWERED corporate personhood and therefore fascism/communism. It reads: “All PERSONS born or naturalized in the United States, and SUBJECT to the jurisdiction thereof, are citizens of the United States and of the state wherein they reside.”

Corporations are indeed “citizens of the United States” via this amendment and have equal constitutional PRIVILEGES. (Rights come from our humanity/creator; privileges come from man/government.) The people of America that consent/contract their person as a “citizen of the United States” have waived their natural rights protected by the Constitution for benefits and privileges from the State which are subject to Congress. It’s not that corporations magically were endowed with the same “rights” as people, the people VOLUNTARILY DEGRADED their STATUS to that of a corporation. The 14th Amendment created a federal civil law system under the guise of giving slaves “civil rights”. In fact, the American people were subjugated by the federal government and corporations were uplifted to a status of being equal to people. Fucked up huh?

How do we correct this you may ask. You must realize that the above created an alternate PRIVATE civil law system running concurrently with the original PUBLIC common law based system when the United States created ITS own “citizenship”. Prior, the American people were soley paramount citizens of their state/nation and their inherent natural rights were recognized in common law.

Whats the difference between civil and common law? Simple really:

~CIVIL LAW views the United States as “God” or Creator. The federal government is supreme. This is the system the Romans used and one of the main reasons why their imperialistic empire imploded on itself. Sound familiar? Within American civil law, things like corporate personhood, NDAA, victimless crime, income tax (direct unapportioned), and many more issues – thought to be unconstitutional – are enabled to exist when they fundamentally can’t exist in common law. This is PRIVATE law, authorized by the Constitution via the Commerce Clause (Art I, section 8, cl 3) under jurisdiction of Congress. We contract our person into this capacity/title created by the federal government therefore it makes us subject to its jurisdiction. If you think that some of the stuff they do violates our rights it does, but because it is a contract, no state shall impair the obligation of contracts aka the Contract Clause (Art I, sec 10, cl 1). *NOTE – Cannabis is “illegal” in this lawform because government is supreme and makes the rules for ITS CREATIONS aka “citizens of the United States”.

~COMMON LAW views God/the Creator as the legitimate creator of all and recognizes our natural rights. Our Creator is supreme. This is the polar opposite of civil law. This is PUBLIC law protected by Constitution. The several States are supreme because they created the federation/union known as the united States of America. One who does not contract into federal citizenship retains their natural rights and technically cannot be prosecuted for victimless crime, taxed on wages, etc. But you have to know how to defend that position in court. Trust me, it has been done. News media won’t let that cat out of the bag. *NOTE – Cannabis is lawful in this lawform because the Creator created it. Mankind cannot deem a plant in it’s natural state unlawful.

TWO distinct lawforms means there are TWO distinct status’ in which to operate under the Constitution:

~Does NOT completely recognize natural law

~Can be prosecuted for victimless crime

~Can be taxed on wages

~Equal privileges as corporations provided by the State

~Under PUBLIC natural law (common law) of the Creator

~Cannot be prosecuted for victimless crime

~Cannot be taxed on wages

~Unalienable rights endowed by the Creator

~Freeman, subject to NOBODY/NOTHING except “God”

~Domiciled in one of the several State republics

“The Secretary of State is authorized to issue, in his discretionand in accordance with rules and regulations prescribed by him, a certificate of nationality for any person NOT a naturalized citizen of the United States (Status #1) who presents satisfactory evidence that he is an American national (Status #2) and that such certificate is needed for use in judicial or administrative proceedings in a FOREIGN STATE. Such certificate shall be solely for use in the case for which it was issued and shall be transmitted by the Secretary of State through appropriate official channels to the judicial or administrative officers of the FOREIGN STATE in which it is to be used.”

^To fully grasp the meaning of the above, you MUST understand “[t]he United States government is a FOREIGN CORPORATION with respect to a state” (19 Corpus Juris Secundum § 883). To put it simply, the United States is FOREIGN to American (State) nationals and the State republics. When an American national contracts with the FOREIGN corporation United Sates, the Commerce Clause and the Contract Clause apply and then you are considered a “subject”.

1. If you have voted in the federal system or registered to do so, you must rescind/protest that specific contract.

2. Formally expatriate from United States NATIONALITY (citizen/national of the United States) via Title 8 § USC 1481 (a)(2).

3. Claim your de jure nationality of your state/nation . (Remember, the states are countries, by the law of nations, who created a federation/union called “united States of America”; no different than the federation/union called “European Union”. The United States IS NOT A COUNTRY internally speaking! The difference is the EU has not enacted legislation creating allegiance/nationality of the union like the 14th Amendment in America.)

4. Give notice to these offices and default them administratively:

This paperwork is your preponderance of evidence that you are NOT a United States person under the 14th Amendment that makes you “subject to the jurisdiction thereof”. Their presumption is that EVERYONE is a US person, this blows their presumption out of the water. They can only proceed fraudulently which will open them up to a suit.

“The burden of proving expatriation generally is upon the defendant who affirmatively alleges it and the burden is a “heavy” one. Factual doubts are to be resolved in favor of citizenship. The burden of proof on the government in an expatriation case is like that in denaturalization; the evidence must be clear, unequivocal and convincing. The rule prevailing in denaturalization cases, that “the facts and the law should be construed as far as is reasonably possible in favor of the citizen equally applies to expatriation cases.” ~United States Court of Appeals cited as Stipa v. Dulles, 233 F.2d 551 (3rd Cir., 1956)

CONCLUSION: I hope you find some valuable knowledge within and share it with others. The only way to gain control of the federal government (WITHOUT violence which they want) is by knowledge, compassion and integrity. If enough people understand and assert their natural rights, WE WILL TAKE BACK WHAT WAS TAKEN FROM ALL OF US and many of the societal problems that currently exist will disappear. Remember, mankind was NOT to idolize false gods. Governments are false gods within the scope of civil law. Now that I have shown you the difference in lawform/status between the private/public sides of the Constitution, the choice of what we do with this knowledge is up to each and every one of us. FEDERALLY FUNDED public school is not going to teach you this, for good reason! We have a choice to either be a voluntary federal subject under Congress or a freeman under the Creator.

Like Morpheus said to Neo in The Matrix, “I’m trying to free your mind, Neo. But I can only show you the door. You’re the one that has to walk through it.”

1 thought on “The United States corporation and ITS citizenship. What exactly is IT and how do we lawfully correct our status?”